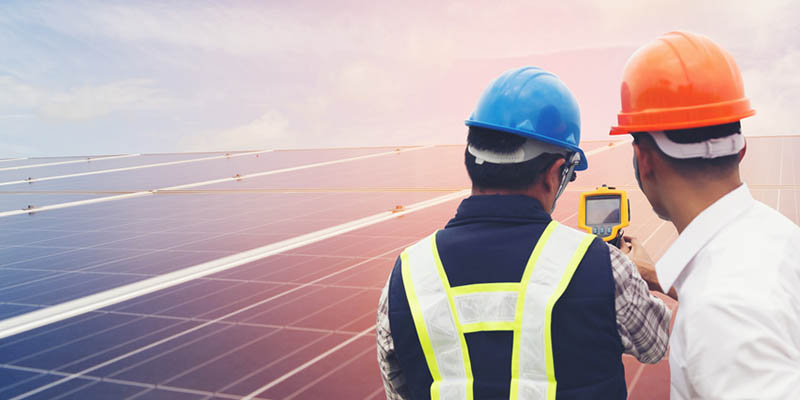 Important modifications regarding the certification of photovoltaic modules

During 2016, the new international standards IEC 61215:2016 and IEC 61730:2016 were published. This third edition of the two standards represents the principal references of a photovoltaic module, with many important changes compared to the previous edition released in 2005.

FuturaSun is one of the first companies in the world to start the new certification process at TÜV Rheinland Cologne, ahead of  all other Italian manufacturers.

A very important new aspect is the effective measurement of the photovoltaic modules: until today, the laboratories verified the degradation of the modules, without considering if the declared initial value matched the effective measured value. With the new standard, the manufacturer needs to test the modules with both the lowest possible power as well as the modules with the highest possible power for each product family.For example, this means that it is no longer possible to certify a module of 275 Wp simply by having tested a module of 250 Wp as was done until now.

To obtain a certificate for 275 Wp the laboratory needs to measure modules with an effective power of 275 Wp.

Particularly “educational” for the end user is the modification of the standard form of the module label that now requires that the measurement uncertainties are clearly indicated: In fact, very often it is not made clear that the measurement of module performance is very complex and absolute precision is still not available, even with the best possible measuring tools currently available.

For a positive outcome from the tests, the overall degradation allowable for the module has been reduced from 8% to 5%, limiting like this a positive classification.

After years of experimental measurements, it has been verified that the NOCT value, that is normally considered the operating temperature of the module during testing, is measured with extensive inaccuracies of up to 10 °C. In good part this uncertainty is due to a number of restrictions that eliminate many values measured during the test.

With the new procedure, bigger varieties of weather conditions are considered and because of this, the test results will be more in line with the behavior of the module in real world conditions.

In addition, the thermal coefficients are measured in a different way under the new standard.

The tests on the junction box have become much stricter and if the box itself is not certified according to IEC 62790 it can’t be used at all. For the first time the mechanical robustness of the box, its cables and connectors are verified separately.

The tests to verify the maximum allowable tension have also been modified and have become more exacting. Obtaining the certificate for usage up to 1500 V, very useful for large size system, will therefore become more difficult to achieve.       For example, the distances between the conductive elements and the external parts of the module have been increased, as well as also the thickness of the back sheet, that now much be thicker to guarantee insulation at 1500 Volts.

Several other changes refer to the peel test or ignitability test to evaluate the whether a module can spread an external flame. Also the test to check the resistance to hot spotshas been extended to temperatures above 60°C;atemperature that not is impossible to reach during the summer months.

The mechanical load test has also changed: now it is necessary to test the module at a value that is one and a half time higher than the declared load, both in compression as well as in traction.

The new standards give increased guarantees to the end customers and obligate the manufacturers to continually improve the performance, safety  and reliability of their products.