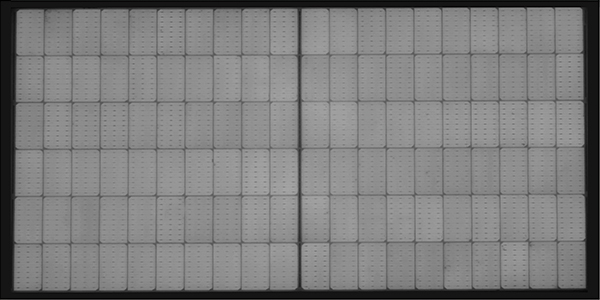 PID is an electrical phenomenon which can cause a power loss in photovoltaic modules.

The problem was first highlighted in 2005, on Sunpower’s cells. Afterwards it was found on modules manufactured with normal cells as well. Most of the time PID is a reversible effect of polarization. However, there are some cases where it cannot be counteracted: this happens when there is electrochemical corrosion. PID has become more and more frequent with the introduction of transformer-less inverters, which allow the voltage potential to float. The problem is made worse by higher string tensions which nowadays are often at 1000V or even as high as 1500V in order to optimize the BOS.

In these circumstances, some of the modules of the array can have a negative voltage potential to ground, where they are connected through the structure, which in turn, as per regulation, is connected to the ground itself. This generates a migration of electrical charges from the glass, through the E.V.A., towards the cell. This mechanism significantly reduces the conversion capacity of the cell.

Assuming that there is no point in reverting back to the use of inverters with a transformer (which are heavier, more fragile and less efficient), in order to prevent PID from happening we can act either at system level – installing systems which can put the negative pole to ground – or at the PV module level.

One of thethe most important factor in preventing PID is the Anti-reflection coating of the cells.
Where the anti-reflective coating is thicker, the PID risk is reduced.

On the PV module we can prevent PID in several ways. However, to truly guarantee a PID free panel, we employ several different strategies at the same time:

FuturaSun® has tested its PV modules at the Photovoltaic-Institute Berlin, the world’s leading institution in the understanding of PID. The modules have been categorized A Class, the top one, confirming they do not suffer from any significant PID degradation. FuturaSun® is always adopting a strategy of multiple prevention: as a matter of respect towards our clients and suppliers…it is better to be overly safe than sorry!